To date, he has numerous publications including various scientific monographs, as for instance, ‘Stance devices in tourism-related research articles: A corpus-based study’ (2022), which was included in the series Linguistic Insights, volume 292, published by Peter Lang. He has also published scientific articles in prestigious national and international journals in the field of philology and linguistics, such as Journal of Historical Pragmatics, Revista Signos, Estudios de Lingüística, Research in Language, Moderna Språk, Language Value, Pragmalingüística and Revista de Lingüística y Lenguas Aplicadas. He has also contributed with numerous chapters in books published by national and international publishers, such as John Benjamins, Routledge, Palgrave Macmillan and Tirant lo Blanch, among others. In 2020, the Spanish Association of Corpus Linguistics awarded the Aquilino Sánchez 2020 Research Prize for Experienced Researchers to the monograph Corpus Analysis in Different Genres: Academic Discourse and Learner Corpora (2020), in which he authored a chapter.

For the publication of all these works, he used information collated on research stays he carried out as a visiting lecturer at several national and international universities. These included stays at Université Jean Moulin Lyon 3 (2019), Universidade de Lisboa (2019) and Università degli Studi di Modena e Reggio Emilia (2018, 2022).  In addition, he has received a grant for the requalification of university teaching staff funded by the Next Generation EU funds and the Spanish Ministry of Universities.

He has presented more than 40 papers at conferences and seminars, some of which have been published in the corresponding proceedings books with International Standard Book Numbers (ISBNs). He is also a member of the editorial board of several journals and has been editor-in-chief of the journal Lenguas para Fines Específicos since 2020. He has participated as an external reviewer in several specialised journals, such as Porta Linguarum, Journal of English for Academic Purposes and Bellaterra Journal of Teaching & Learning Languages & Literature. 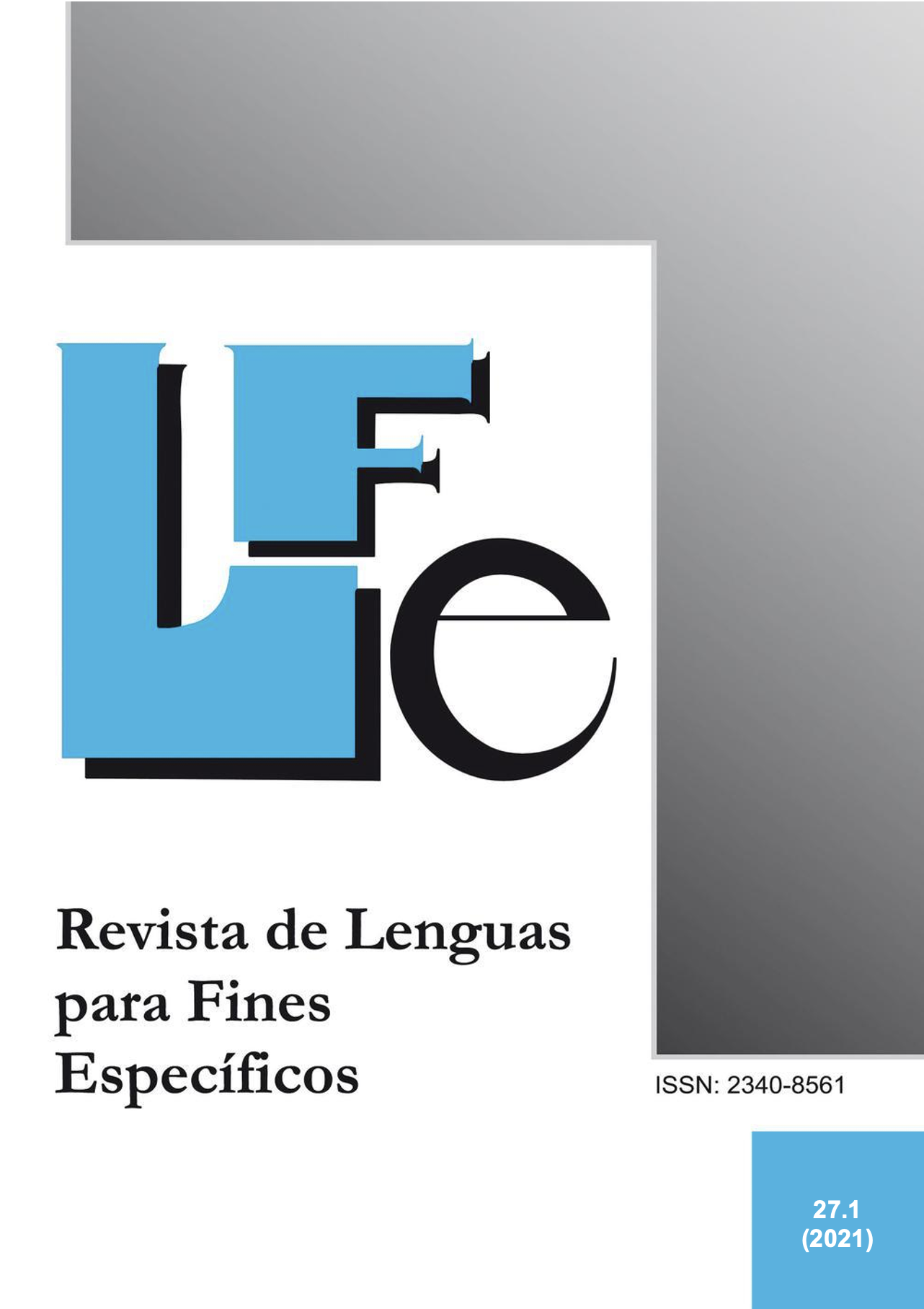 He was the winner of a research grant from the Fundación Universitaria de Las Palmas grant fund in 2018 for the development of the project Estudio Lingüístico de la Prensa Escrita en Canarias en el Siglo XIX (Linguistic Study of the Written Press in the Canary Islands in the 19th Century). He currently participates as a member of the research team in a research project with national funding from the Ministry of Industry: Interpersonal devices in specialised domestic and non-domestic instructional texts written by women in Modern English, ref. PID2021-125928NB-I00, and another competitive regional project, ref. CEI2020-09.

For his intensive research work, he received the Recognition of Outstanding Young Researchers 2021 award in the branch of arts and humanities at the University of Las Palmas de Gran Canaria.

His research interests revolve around the analysis of specialised English from a synchronic and diachronic perspective, corpus linguistics, and language pedagogy at tertiary level.